We have searched the galaxy to find the most extraordinary and unique space-related baby names, helping you find the perfect one for your son or daughter.

With intergalactic meanings, origins, and more to discover, you’re bound to find a cosmic fit for your new little star. After all, who said the sky had to be the limit?

125 Space Names For Kids That Are Out-Of-This-World

Read on to find a stellar space name that you’ll love to the moon and back.

What Are Some Cool Galaxy-Related Names?

You can’t go wrong with Galaxy as an awesome, galaxy-related space name. However, Draco and Andromeda are also galaxy-related, being the names of galaxies themselves.

Cosmo and Khaos are unique futuristic unisex space names meaning “universe.” Khaos is Greek in origin and relates to the gaping abyss of the universe, while Cosmo is also a prefix used in English to mean “universe.” 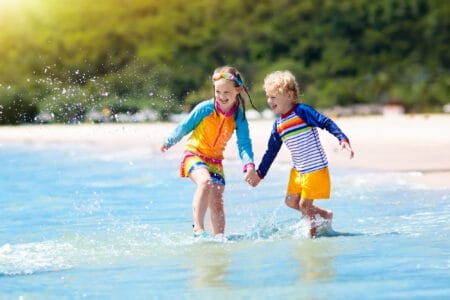 112 Unique Names that Mean Water (For Your Prince or Princess)